What It Is To Be Saved 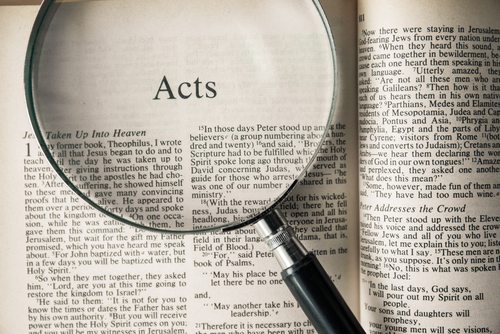 What It Is To Be Saved

And brought them out, and said, Sirs, what must I do to be saved? And they said, Believe on the Lord Jesus Christ, and thou shalt be saved, and thy house.
Related Topics: Blessing, Easter, Salvation, Sufferings, The Revelations of God (Pre-Easter '89), 1989, Acts
Print Sermon

WHAT IT IS TO BE SAVED

In the sixteenth chapter of the Book of Acts, there is recorded the story of the imprisonment of Paul and Silas in the Philippian jail.  And while they were at midnight praising God, praying, God came down and shook the whole earth and that included the doors of the prison [Acts 16:25-26].  And the Philippian jailer, according to Roman law and custom, accountable for the prisoners with his own life, when he saw the jail doors open, and everyone’s bands loosed, he supposed that the prisoners had fled; naturally they would have [Acts 16:27].  And being responsible for his prisoners, rather than face death and disgrace, he drew out his own sword to plunge it into his heart.  And when Paul saw him seeking thus to obliterate his own life, he cried to him saying: “We are all here” [Acts 16:28].  And the jailer fell at the feet of the apostle and his friend Silas, and then brought them out [Acts 16:29-30].  And in the thirtieth verse of this sixteenth chapter asks that question, “What must I do to be saved?” [Acts 16:30].  And in the next verse they answered saying: “Believe on the Lord Jesus Christ, and thou shalt be saved” [Acts 16:31].

I have three things regarding that all-important, all-inclusive question: number one, why we must be saved?  And number two, when must we be saved?  And number three, how must we be saved?  The first: why must we be saved?  It is obvious to anyone who is at all conversant with human life; we have no other choice but to seek salvation from Someone outside of ourselves.  We cannot save ourselves; we are under the judgment and penalty of sin and death.  In the second chapter of Genesis: “In the day that thou eatest thereof thou shalt surely, surely die” [Genesis 2:17].  In the eighteenth chapter of Ezekiel: “The soul that sins shall die” [Ezekiel 18:4].  In the last verse of the sixth chapter of the Book of Romans: “The wages of sin is death” [Romans 6:23].  And in the ninth chapter of the Book of Hebrews, “It is appointed unto men once to die, and after that the judgment” [Hebrews 9:27].  Moral death [Romans 7:9], spiritual death [Ephesians 2:1; 1 John 5:12], physical death [Hebrews 9:27], the second death [Revelation 20:6, 14], eternal death [John 3:36]—we face the judgment of sin and death [Romans 6:23].  And there is no one that escapes; it is not a matter of if, it is just when and where.

In the days of Queen Victoria, there was a prisoner, and his friend on the outside sought to find pardon for him.  And after the passing of the years, finally secured from Queen Victoria a pardon, brought it to him, laid it in his presence, and said, “You are free.  You are free!”  This is a pardon from the queen.”  And the friend in prison made no response, no recognition.  And his friend said to him, “Don’t you realize this is a pardon?  You are free?  And the prisoner opened the clothing that covered his chest and exhibited there a great, large, eating cancer, and piteously lifting his face, said to his friend, “Go ask the queen if she can heal this.”  However the accouterments and attendants of life, we all have the cancer of death, and we face the judgment of Almighty God.  That is why we must be saved.

When must we be saved?  The answer of God is always “now.”  Never, ever, does the Holy Spirit plead for a tomorrow.  Nor is there ever in Holy Scripture an invitation some other day, some other time, some other hour, it is always now.  In 2 Corinthians 6:2, “Behold, now” God says, “is the accepted time; behold, now is the day of salvation.”  Why should we be saved now?  The exigencies of life plead for it, underscore it, emphasize it.

In the Talmud a young student goes to a rabbi and says, “When must I repent?  When I must get right?”  And the rabbi says: “Just before you die.”  And the student says: “But rabbi, when am I to die?”  And then the rabbi replies, “Then you must repent and get right now.”

I live in that kind of a world.  There have been times when I have spoken to people here in this sanctuary, and the next time I see them, in the next few days, I look upon their faces in a casket.  The exigency of life: any day, any time, we can be called to give an account before the great God and our Maker.  Why should I be saved now?  Because of the usefulness of life; is it right to give our strength to the world, and then bring to God a shell, and a husk, and a carcass, and ask God to save me, eventually, finally?

One of the strangest and most unhappy stories that I ever ran into; I was pastor in a little village church, and in the county seat town there was a man who married a wonderful young woman.  They had two beautiful daughters—two precious little girls.  And he went off and left her.  She got a little cottage on the edge of town, took in washing and laboriously and sacrificially poured her life into making a living for herself and those two little girls—and did beautifully with them, even sent them to college.  Did you know, in the passing of the years that father and husband came back home, diseased, decrepit, destroyed, decimated, asked his wife to take him back?  And to the amazement of all of us, she opened the door of her home, took back her husband and cared for him until he died.  But I don’t think there is anybody in this earth but would say that he had done a damnable thing—giving his life to the world, and then bringing back to his home and to her, a carcass.  There is nothing right about it.  And there is nothing right about a man giving the strength of his life to the world, and then bringing a carcass to God and asking God finally to open for him the gates of home, and of heaven.  If I am to be saved, let me be saved now.  If I am to serve God, let me start now.  And that is the last reason for why we ought to be saved now: because of the blessedness and the usefulness of our lives.  These children and young people, and manhood and womanhood, and finally down to old age: to magnify our wonderful and blessed Lord.

In the days of Noah, in the awesome and tragic Flood, how to be saved?  A humble response, just walk into the ark, that is all.  You are either in the ark or you are out of it. Those that were out of it drowned in the judgment.  Those that walked into the ark were saved: walking into the kingdom of God: a humble response [Genesis 6:16-18, 7:1, 13-24].  When the Lord said in Egypt, “This night the death angel will pass over this nation, all of these people; if you will put blood in the form of a cross on the lintel up here and on the door posts on either side, when the angel sees the blood, he will pass over you” [Exodus 12:7, 13, 23].  Behind, beyond the blood, a humble response.

Nor do I read in God’s Word a more dramatic story and illustration of that than in Naaman the leper [2 Kings 5:1-14].  Elisha sent his servant out to meet this triumphant, victorious general, never defeated, Naaman, but a leper.  Elisha sent word to him and said: “Go down to the Jordan River and dip yourself seven times, and you will be clean and cleansed” [2 Kings 5:9-10].  And Naaman was wroth and went away in a rage. “I thought he would dramatically come out and call on the name of the Lord his God and before the throngs and the multitudes and the people, he would strike the place, and I would be healed” [1 Kings 5:11], insulted by the humility of the healing.  As he drove away leprous, his servants came and said, “My father, my father, had the prophet told you to do some great and mighty thing, would  you not have done it?  How much rather, when he says, “Wash, and be clean?” [2 Kings 5:13].  He pulled the horses of his chariot, turned around, went down to the muddy Jordan, and when he dipped himself the seventh time, his flesh came again like unto the flesh of a little child, and he was clean [2 Kings 5:14].  Always that humble response, always.

If thou shalt confess with thy mouth the Lord Jesus, and believe in thine heart that God raised Him from the dead —that He lives, that He answers prayer, that He is our friend and fellow pilgrim—thou shalt be saved.

For with the heart man believeth unto a God kind of righteousness; and with the mouth confession is made unto salvation.

For whosoever shall call upon the name of the Lord shall be saved.

Anybody can do that: call on the name of the Lord.  “Lord, look upon me and my life and my house, Lord, remember me,” a humble response.

“Pastor, does a thing like that really work as simple and plain?”  Look at me, seventy years ago, seventy years ago, in a morning service just like this, when the pastor extended an invitation, my old mother—now in heaven these years—turned around to me.  I happened to be seated in the pew just back of her.  She turned around to me and said, “Son, today, today, will you give your heart to Christ?  Will you accept Him as your Savior?  And with tears, I replied, “Yes, Mother, I will.”  My brother, my sister, that is the whole story of my conversion, seventy years ago.  And out of that humble commitment, all of these years and years are following after, and are continuing to this day.  Could such a simple thing as that, could such a humble thing as that change the whole course and nature of human life?  I bear witness it does, it can, it will.  That is God’s way of saving us, a humble response to His loving appeal.