Is There A Heaven? 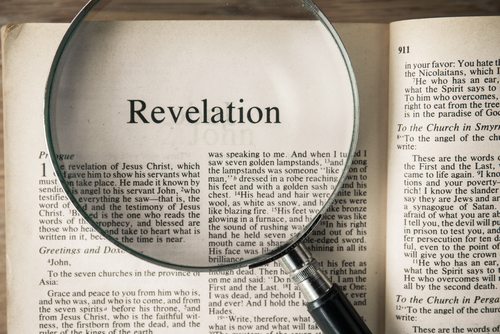 Is There A Heaven?

"God Answered Questions:" yesterday, Is There a Hell?, Is There Separation in Life?; tomorrow, Is There a Judgment?; the next day, Does My Soul Live Forever?; and last on Friday, Can the Blood of Christ Save Us? Today, Is There a Heaven? I have not opportunity to read the basis of the Scripture that lies back of the sermon. It is the last two chapters of the Bible; chapters 21 and 22 of the Revelation. In the Holy Scriptures there are three heavens that are delineated. One is just above us; it is the heavens where the birds fly and where the clouds move. The second heaven in Holy Scripture is the great universe beyond us; the sidereal spheres, and the planets, and the universes, and the Milky Ways. Then the Bible speaks of a third heaven where God is and where His saints are gathering home; the throne of the Almighty in the third heaven beyond the skies.
Related Topics: Eternity, Heaven, Inheritance, Reward, God-Answered Questions (Pre-Easter '86), 1986, Revelation
Print Sermon

IS THERE A HEAVEN?

“God-Answered Questions”: yesterday, Is There a Hell?, is there separation in life?; tomorrow, Is There a Judgment?; the next day, Does My Soul Live Forever?; and last on Friday, Can the Blood of Christ Save Us?  Today, Is There a Heaven?  I have not opportunity to read the basis of the Scripture that lies back of the sermon.  It is the last two chapters of the Bible; chapters 21 and 22 of the Revelation [Revelation 21:1-22:21].  In the Holy Scriptures there are three heavens that are delineated.  One is just above us; it is the heaven where the birds fly and where the clouds move.  The second heaven in Holy Scripture is the great universe beyond us; the sidereal spheres, and the planets, and the universes, and the Milky Ways.  Then the Bible speaks of a third heaven where God is and where His saints are gathering home; the throne of the Almighty in the third heaven beyond the skies.

There was an affluent businessman who had no time for God.  He had one little lad, and the little fellow sickened and died.  And for night after night thereafter, his wife saw him reading the Bible, take a pencil and underscore.  And while he was at work, she picked up his Bible and looked to see what he was reading.  Everywhere in the Holy Word it said something about heaven, he underscored it.  It is just over there, it is nearby; and even if we live for a hundred-fifty years, against the background of eternity, it is just there.  It is our eternal and heavenly home; and to know where we’re going, what it looks like, what it will be like, is as normal as it is for us to breathe or to live.  So we are going to look at our heavenly home, at heaven.

And the wall, it is two hundred fifty feet high [Revelation 21:17], and is made out of iasper, clear as crystal.  What is iasper?  When you spell it out in English, it’s spelled “iasper” [Revelation 21:11, 18].  What is iasper, clear as crystal?  I have found that in some translations they call it “ice.”  I think iasper, which is unknown to us; what did it refer to?  I think it means “diamond,” “diamond,” iasper clear as crystal.  Looks like ice; can you imagine a wall two hundred fifty feet high made out of solid diamond?  It is beyond our comprehension or imagination.

And look at the proliferation of color [Revelation 21:19-20].  God seems to mingle there the azure blue of the heavens, and the surf of the sea, and the colors of the rainbow, and the autumnal sunsets; God loves color.  Just what good is a rainbow?  Or, what pragmatic contribution does a beautiful sunset make?  And why should the sky be so beautifully blue?  Just, God loves color.  He makes things beautiful.  He likes things precious.  And the great city, our heavenly home, is a perfect cube, just as the sanctum sanctorum, as the Holy of Holies, in the tabernacle and in the temple; that cube was thirty feet this way, thirty feet that way, and thirty feet this way [1 Kings 6:20]; so the heavenly home is a perfect symmetry, a beautiful creation by the hands of God.  Thus the outside.

Now we enter the inside of our heavenly home, the beautiful city.  When John enters the gates, three on each side, when he enters the gates he notices that they are made out of solid pearl [Revelation 21:21].  A pearl is the only jewel, the only gem that is created by an animal; and it is the creation of a wound, of a hurt, of pain, of suffering.  What God says to us is that we enter the kingdom and we enter heaven through suffering and death [Hebrews 9:27].  On the inside, there’s no more suffering, or pain, or tears, or death [Revelation 21:4]; the gates shut it out.  But we enter the city through tears and sorrow and death.  I often think about that; what would that mean to someone who had never cried, who had never been brokenhearted?  What would that mean to someone who had never sorrowed?  And what would it mean to someone who had never died?  Heaven is made dear and precious because of the experiences we have gone through in this life; God having provided some better thing for us [Hebrews 11:40].  And the streets, pure, transparent gold, and as he walks through the city, he sees winding through it the river of life; and on either side of the river, the tree of life whose leaves are for the healing of the people [Revelation 21:21, 22:1-2].

And the people who are there, these who belong to God; the assembly of God-sainted family.  I heard of a man who said, when he was a little boy and the preacher would talk about heaven, he would think of it as a place of golden streets and pearly gates and a great throng of people, not one of whom did he know.  Then as the days passed, he had a little brother who died.  Then he said, “I thought of heaven as gold and pearl and a great throng and one little face that I knew.”  Then he described the passing of the years, and as an old man, left alone in this world; all of his family had died, all of his friends were gone.  And then he said, “When I think of heaven now, I don’t think of the gold.  I don’t think of the gates of pearl.  And I don’t think of that vast unknown throng.  But I think of these whom I have loved and lost for just a while.”

And in that heavenly home, we shall be assigned an intentious life.  I do not know of a more brazen caricature than heaven—some man clothed in some kind of a robe, on a cloud with a halo over his head, thumbing a harp; nothing in the Word of God suggests such a thing.  We shall be involved in an intentious life, the beautiful city is just our home.  In the garden of Eden, the man was placed there to till it, and to dress it, and to keep it [Genesis 2:15], and beyond the garden for the whole creation to subdue it and to have dominion over it [Genesis 1:26-28].  God created the man for an intentious life; the same figure is given for us in heaven.  In the parable of the pounds, “You have been faithful over ten pounds; you will be ruler over ten cities.”  And to another, “You have been faithful with your five pounds, you will be made ruler over five cities” [Luke 19:16-19].  Pouring out of our heavenly home, we will have the responsibility for the government and direction of God’s entire recreated universe.  All of these planets and solar systems that are now dead will be made alive.  And they’re under our direction and our care; we shall have the intentious life; and we shall praise God forever.

One of the most unusual things in the Word of God to me is this last word describing heaven.  The last, after all of the glory, and the beauty, and the wonder, the last is:  we will see Him, we will see our Lord, we will look upon His face [Revelation 22:4].  That’s the climax of glory; we will see Jesus, we will be with Him.

And one clear call for me!

May there be no mourning of the bar

When I put out to sea,

But such a tide as moving, seems asleep,

Too full for sound or foam,

When that which drew from out the boundless deep

And after that the dark!

But may there be no sadness of farewell

For tho’ from out this bourne of Time and Place,

The flood may bear me far,

I hope to see – could I change that one word? –

I know I shall see my Pilot face to face,

When I have crost the bar.

We shall see His face, and live [Revelation 22:4].  This is God’s heaven.  And our Lord, without loss of one, may we all be there to sing the praises of our Lord God Jesus Christ, and to be in the presence of our great King forever and ever [Revelation 22:5], in whose wondrous name we worship and pray, amen.

IS THERE
A HEAVEN?

A.  Bible
speaks of three heavens

1.  First
heaven – of the birds and clouds

2.
Second heaven – of the stars, planets, universe above

3.
Third heaven – beyond and above, the heaven of God’s throne

B.  Affluent
business executive whose life was in this world, lost his only son – he
underscored everywhere in Bible there was a passage about heaven

1.  Diamond,
sapphire, chalcedony, emerald and on up to amethyst

2.
If this is the foundation, what must the wall be? the city? the palace?the
throne?the inside?

1.  Twelve
gates, each named for a tribe of a patriarch of Israel (Revelation 21:12)

3.
A picture of all the redeemed of God, from the Old and New Covenant

2.  Color
– a proliferation of iridescence

A.
Apostle enters through the gates made of solid pearl(Revelation 21:21)

1.  Pearl
is a gem of suffering and hurt – through tribulation and trial we enter into
the kingdom of God(Revelation 21:4)

C.  There
is no temple, for the city itself is a sanctuary – God’s presence fills all in
all

B.  Vast
assignments and multiple activities(Revelation
22:3)