The Blood of the Cross 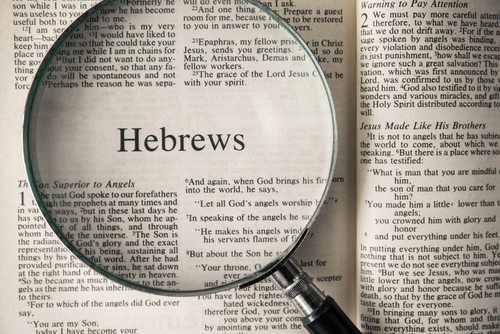 The Blood of the Cross

And almost all things are by the law purged with blood; and without shedding of blood is no remission.
Related Topics: Blood, Cross, Redemption, Salvation, Sin, Work, 1968, Hebrews
Print Sermon

THE BLOOD OF THE CROSS

On the radio you are listening to the services of the First Baptist Church in Dallas, and this is the pastor bringing the evening message, the closing message of this week of revival, and the message is entitled The Blood of the Cross, a sermon on the atonement of the Lord for our sins, and we are going to read out loud one of the great passages in God’s Book.  Turn to the Book of Hebrews, the Book of Hebrews chapter 9, Hebrews chapter 9.  We shall begin reading at verse 11 and read through verse 22.  And the text is verse 22:  “Without the shedding of blood there is no remission of sins” [Hebrews 9:2].

Hebrews, toward the last of your Bible, Hebrews chapter 9, beginning at verse 11 and reading through verse 22, if we all have it, verse 11 in chapter 9 through verse 22.  Now sharing your Bible with your neighbor, all of us reading out loud together:

But Christ being come an High Priest of good things to come, by a greater and more perfect tabernacle, not made with hands, that is to say, not of this building;

Neither by the blood of goats and calves, but by His own blood He entered in once into the Holy Place, having obtained eternal redemption for us.

For if the blood of bulls and of goats, and the ashes of an heifer sprinkling the unclean, sanctifieth to the purifying of the flesh:

How much more shall the blood of Christ, who through the eternal Spirit offered Himself without spot to God, purge your conscience from dead works to serve the living God?

And for this cause He is the Mediator of the new testament, that by means of death, for the redemption of the transgressions that were under the first testament, they which are called might receive the promise of eternal inheritance.

For where a testament is, there must also of necessity be the death of the testator.

For a testament is of force after men are dead: otherwise it is of no strength at all while the testator liveth.

Whereupon neither the first testament was dedicated without blood.  For when Moses had spoken every precept to all the people according to the law, he took the blood of calves and of goats, with water, and scarlet wool, and hyssop, and sprinkled both the book, and all the people,

Saying, This is the blood of the testament which God hath enjoined unto you.

Moreover he sprinkled with blood both the tabernacle, and all the vessels of the ministry.

And almost all things are by the law purged with blood; and without shedding of blood is no remission.

And that is the text.  “And without the shedding of blood there is no remission of sins” [Hebrews 9:22].  Christianity is of all things first and foremost a message and a religion of redemption.  It has to do with the deliverance of the human soul from our sins, and its purpose is to deliver us from the slavery and bondage of sin into the liberty and likeness of the children of God.

Have you been to Jesus for the cleansing power?

Are your fully trusting in His grace this hour?

[“Are You Washed in the Blood,” Elisha Hoffman]

Our imagination, our highest imagination cannot enter into that descent: its height in glory and its depth in suffering.  He who was God Himself in the form of God was made in the likeness of a man, made out of the dust of the ground.  And being found in fashion as a man, He became poor among the poor; a slave, a servant, and was executed as a criminal [Luke 23:32-46].  He was raised between heaven and earth, as though both refused Him; rejected by men and by God.

Well might the sun in darkness hide, and shut His glories in,

When Christ the mighty Maker died for man the creature’s sin.

Albert Schweitzer so wrote—the great humanitarian, and physician, and philosopher, and musician, the altruistic doctor who worked for the years of the latter part of his life in the French Cameroons, that’s what he said.  And with all of the wonderful philanthropies of that man, isn’t it strange his idea of the cross?  For Albert Schweitzer said that the Lord Jesus was expecting the apocalyptic descent of the kingdom of God from heaven, and when it never happened and when it didn’t come, that Jesus died in frustration and in defeat and in despair.  Is that right?  Is that correct?

What is this, the death of the Son of God on the cross?  It is first, according to God’s Book—the death of Christ is first the judgment of God upon our sins [2 Corinthians 5:21].  What is sin like, and what is humanity like?  If you would see, look at Jesus, God’s pure, holy, righteous Son taken by the violence of sinful men [Mark 14:43-50] and crucified like a malefactor [Luke 23:32-46], like a criminal, that is the exhibition before the world of our sin and God’s judgment upon it [1 John 2:2].  It is heinous.  It is dark.  It is black.  It is tragic.  Who did that, crucified the Lord Jesus?  Whose guilt is that?  Whose fault is that?

Who did that?  Who crucified Jesus?  There are those that say, “Well, it’s His own fault.  He should have been a better manager,” and there are those by the uncounted millions who lay at the door of human weakness itself all of the wrong and sin of human life.  “These who fall into trouble and into error and into sorrow, they should have been better managers, they should have made better choices, and they deserve what they get.  They made their own bed, let them lie in it!”

Who did that?  There are those who say Judas did it: “He sold Him for thirty pieces of silver” [Matthew 26:14-16].  There are those who say Pontius Pilate did it: “Weak, vacillating governor, procurator of Judea.  When he should have stood up for justice and right, he delivered Him to be crucified like a criminal [Matthew 27:26; John 19:16].  Pilate did it!  It was his fault!”

There are those who say the Jews did it: “They delivered Him to death” [Mark 15:1]—and anti-Semitism is one of the scourges of the whole world, yesterday, today, and apparently until Jesus comes again.  “The Jews did it.  It is their fault.”  And then there are those who say the Roman soldiers did it: “Who planted that crown of thorns? [Matthew 27:26-35].  Who nailed Him to that tree?  The Roman soldiers did it.  It was their fault.”

But the Jews say, “Would you bring this Man’s blood upon us and our children?  We did it not” [Matthew 27:25].  And Pontius Pilate, still washing his hands, avows, “I am innocent of the blood of this just Person” [Mathew 27:24].  And the Roman soldiers say, “We were men under authority carrying out the orders of our Roman government.  We did it not.”

Who did that?  Whose fault is that?  Who crucified the Son of God?  It must have been that we all had a part, all of us did it.  My sins pressed upon His brow the crown of thorns, and my sin nailed Him to the cross [Isaiah 53:5].

Was it for crimes that I have done He groaned upon the tree?

We did it.  We crucified the Prince of glory.  Our sins nailed Him to the cross [Isaiah 53:5].  What is this, the crucifixion, the death of the Son of God?  It is first the judgment of God upon our sins, our sins [Isaiah 53:6].  It is second the great provision of God for our atonement, for our salvation [Romans 3:25], that our sins might be washed away [1 John 1:7; Revelation 1:5], and that the stain of our wrong and transgressions might be taken out of our souls [2 Corinthians 5:21], that we might stand someday in the presence of God, pure, holy, without spot and without blemish [Ephesians 5:27].  This is God’s great atoning act for our salvation [Romans 5:11].

It is the answer to the cry of Macbeth, the thane of Scotland, who in Shakespeare’s tragedy slew his own king, who was a guest in his own castle.  And when Macbeth, plunging the dagger into the king’s heart, pulled it out, the blood followed the dagger and stained his hands.  And as Macbeth looked at the blood dropping from his hands, he cried, “Will all great Neptune’s ocean wash this blood clean from my hand?  No, rather this my hand will the multitudinous seas incarnadine, making the green one red.”

Have you been to Jesus for the cleansing power?

[Elisha Hoffman, “Are You Washed In the Blood?”]

What can wash away my sins?

What can make me whole again?

O, precious is the flow, that makes me white as snow.

No other fount I know,

[Robert Lowry, “Nothing but the Blood of Jesus”]

This, the death of our Lord, is not only the judgment of God upon our sins [Isaiah 53:5; 2 Corinthians 5:21], it is not only God’s great plan of atonement and salvation [Acts 2:23; 1 John 5:11-12]; that cross is the announcement and the sign, the proclamation, the heralding of the good news that all of us who turn in faith to Jesus shall find remission of sins [Romans 3:24], atoning grace [Ephesians 1:7], God’s mercy and God’s salvation, “not in the works of righteousness which we have done.  Our works,” God says, “are as filthy rags in His sight [Isaiah 64:6].  Not by works of righteousness which we have done, but according to God’s grace and God’s mercy does God save us” [Titus 3:5].

And we are saved in that atoning grace in the death of Christ on the cross [Romans 5:1-2].  The arms outstretched, wide as the world is wide, no frontier, as far as the east goes east and the west goes west, so does God’s love and God’s invitation and God’s outreach come even to me, to us: the sign of our salvation and the glorious sign of our hope, our assurance, our glory beyond the days of this life and beyond the grave.  “If in Flanders fields the poppies grow, ‘Twill be between the crosses row on row.”  Wherever somebody falls—a missionary on a foreign strand, a soldier boy cut down across the seas—if somebody who is a Christian is standing by, they will erect at the head of the grave the sign of the cross.

Our hope in Jesus; there is no other way.

Could my tears forever flow?

Could my zeal no languor know?

These for sin could not atone.

Thou must save and Thou alone.

In my hands no prize I bring, simply to thy cross I cling.

There is a fountain filled with blood,

And sinners plunged beneath the flood

Lose all their guilty stains.

E’er since, by faith, I saw the stream

Redeeming love has been my theme,

And shall be till I die.